DiSC History: From Marston to DiSC

The DiSC Model of Behavior was first proposed in 1928 by William Moulton Marston, a physiological psychologist, in a book entitled Emotions of Normal People. Like many psychologists of his time, Marston made a deliberate decision to focus only on psychological phenomena that were directly observable and measurable through objective means. His primary interest was in theories of emotions and the physical manifestations of emotional states. From his research, Marston theorized that the behavioral expression of emotions could be categorized into four primary types, stemming from the person’s perceptions of self in relationship to his or her environment. These four types were labeled by Marston as Dominance (D), Inducement (I), Submission (S), and Compliance (C). He created a model that integrated these four types of emotional expression into a two-dimensional, two-axis space.

Marston himself had little interest in theoretical concepts of personality or temperament. Thus, he never created a psychological instrument to measure his model. The contemporary understanding of DiSC model maintains some of the core principles advanced by Marston, but the current presentation of the model also incorporates many additions and changes that are informed by advances in psychological measurement and theory.

The history of DiSC model measurement begins in the 1940s with an industrial psychologist by the name of Walter V. Clarke. Clarke built a test for use in personnel selection called the Activity Vector Analysis. He didn’t intentionally set out to build an instrument based on the DiSC model theory, as his approach was almost purely empirical (i.e., letting the data speak for itself) rather than theoretical (i.e., looking for something specific in the data). Following the “lexical approach” that was popular at that time, Clarke identified a list of adjectives that were commonly used in describing others. He collected information on the adjectives using a checklist format, on which people are asked to check the specific words that describe them. After collecting and analyzing the data on this instrument, he discovered that the four factors produced from the data (aggressive, sociable, stable, and avoidant) sounded a lot like DiSC model. Clarke concluded that the data could be best explained by Marston’s model of human behavior.

He scored the instrument in the following manner. He asked participants to complete the checklist twice, the first time responding by checking “any words I have heard others use to describe me,” and the second time responding by checking “any words that I feel honestly describe me.” The scores on the four scales, measured twice, were integrated into a single score for each scale (“composite self”), then ipsatized and plotted as a profile. The distance between the highest and lowest plotting points was divided into nine equal intervals regardless of the actual distance between the points. A segment number from 1 to 9 was assigned to each scale. The four-digit segment scores were then plotted as clusters in three-dimensional space, where distance between the clusters represented a measure of similarity. The clusters that came closest to each other were grouped into a mega-cluster (or pattern). Fifteen such mega-clusters (or patterns) emerged. It was these 15 basic patterns that formed the basis for interpretation of scores.

1950 Early measurement of DiSC concepts: the self – discription instrument

A staff member of Walter Clarke Associates developed an assessment for John Cleaver, which they called Self Discription. It began like the Activity Vector Analysis as an adjective checklist, but evolved into a 24 tetrad, forced-choice instrument. Presumably, the forced choice aspect of the instrument was introduced to minimize the influence of socially desirable responding. Factor analyses of the Self Discription produced two factors that closely approximated the underlying axes of Marston’s model, lending considerable empirical support not only to the structure of the model he proposed, but to Clarke’s earlier claim that a DiSC®-based instrument could be created.

In the 1970s, John Geier, a faculty member in the University of Minnesota’s Department of Health Sciences, used Self Discription to create the original Personal Profile System® (PPS). He formed a company called Performax (which eventually became Inscape Publishing and is now the Workplace Learning Solutions Group at Wiley) that was the first publisher of a DiSC assessment. Since the PPS used the same 24 tetrads and items that appeared in the original Self Discription, Geier’s main contribution was not so much in the area of instrument development, but in furthering the understanding of the 15 basic patterns discovered by Clarke. Geier collected pattern descriptions through clinical interviews with hundreds of people. By extracting behavioral information from those interviews, he provided richer descriptions of these 15 patterns that had come to be known as the Classical Profile Patterns.

A research effort was launched to improve the DiSC model instrument that had basically remained unchanged since 1959. New items were added, non-functioning items were removed, and the overall reliability of the instrument increased. The new PPS was named the Personal Profile System 2800 Series (PPS 2800), referring to the new number of tetrads (28). First published in 1994, this version of the PPS is still used today, although it has since been renamed DiSC Classic.

2000 research into the cirumplex representation of disc

In the early 2000s, researchers associated with Wiley’s Workplace Learning Solutions Group (called Inscape at the time) began experimenting with ways to represent DiSC model with a circumplex model instead of with a line graph model. Here, a person’s DiSC style was represented with a dot within the DiSC model map. The advantage of this representation was ease of interpretation and application. For instance, users could much more easily see the relationship among the four styles and could plot two people on the same circle. Researchers discovered that this circumplex approach to measuring and presenting DiSC shared substantial overlap with the Interpersonal Circumplex theory in academic psychological research. Drawing on this research and theory, the Everything DiSC® series of reports was developed as it exists today.

The first Everything DiSC application to be launched was Everything DiSC Sales. Instead of a line graph or bar graph, this profile presented the participant’s DiSC style with the circumplex DiSC map. Unlike the PPS, this profile focused on helping the learner understand the relevance of his or her DiSC style to a particular role within the organization. This report contains three broad sections:

The second Everything DiSC application to be launched was Everything DiSC Management. This profile is designed to help managers understand their own DiSC styles as well as the styles of the people they manage. Further, it helps managers bridge the gaps when there are style differences. The report contains five broad sections:

The third Everything DiSC application to be launched was Everything DiSC Workplace. This profile is designed for use by a wide range of participants, regardless of their role in the organization. The report contains three broad sections:

At the same time, Everything DiSC Comparison Reports were launched. These reports allowed for two people to compare themselves on not only their DiSC style, but also on a series of basic personality traits, such as careful vs. daring or skeptical vs. accepting.

Drawing on three years of research, the Everything DiSC 363 for Leaders profile was launched. This is a 360 assessment that uses the DiSC model as a backdrop. In the assessment, observers are asked to evaluate a leader on 24 behaviors, such as finding opportunities or showing diplomacy.

2011 everything disc work of leaders

The Everything DiSC Work of Leaders profile was launched. Based on extensive research, this report splits the work of leaders into three categories: vision, alignment, and execution. Using self-ratings of 18 different traits, participants are taught why some leadership behaviors come naturally to them and others require more deliberate effort.

Adaptive testing allows an assessment to change depending on a respondent’s previous answers. This is useful in cases where the results of a standard assessment are inconclusive. In these instances, the Everything DiSC assessment will ask the respondent additional questions to reduce ambiguity in their results. Adaptive testing is the latest improvement to increase the accuracy of the Everything DiSC assessment and make the feedback more personalized and relevant for users.

How to survive and thrive in the great resignation

For the past four months, Wiley has been analyzing survey data from almost 5,000 working professionals to discuss the impact of The Great Resignation, a movement that  impacts almost every organization across the globe. As Wiley writes in the original version of this...

END_OF_DOCUMENT_TOKEN_TO_BE_REPLACED

There are as many cultures as there are oganisations. Each organisation has it's unique culture, and so does yours. How effective and strong that culture is, depends: either it was intentionally developed, with purpose, or it developed as a result of various habits....

END_OF_DOCUMENT_TOKEN_TO_BE_REPLACED

Here I am, sitting at home staring at the walls and trying to desperately call some of my customers, who are less than concentrated... Really? No, I'm joking, well, partly. Times are volatile, stressful to some extent and certainly uncharted for many.As you are well...

do you need help? 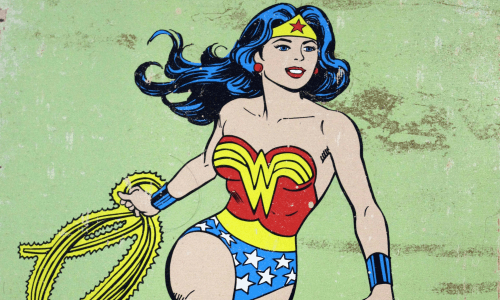 END_OF_DOCUMENT_TOKEN_TO_BE_REPLACED

Everything DiSC or DiSC Classic ?