Busting 6 Myths About DISC In 3 Minutes

DiSC is a great tool to learn more about yourself, how you perceive others, how they perceive you and how to improve the effectiveness of your relations. Unfortunately, there are some disc myths and disc misuses that make you less effective using DiSC if you get misled.

The most common DISC Myths

Myth: disc is the same as DiSC

The truth is, there are many versions of disc in the market. The reason is that neither Marston nor Professor John Geier when he finalized the first commercially available disc assessment, protected the intellectual property. John Geier sold his company, Performax to Carlson Learning, today Wiley. For this reason, it is true to say Wiley published the original disc assessment.

The predecessor to the disc assessment, developed by Vernon Clarke, refined by John Cleaver, refined and tested by professor John Geier from the University of Minnesota, had 24 forced-choice (4 choices, selecting “most or least like me”) questions. This is the version that got sold and is nowadays still used by many disc vendors. The questionnaire dates back to the ’70s and its precision is not what it is today.

DiSC measures surface behavior traits, that is not the same thing as personality. Personality is way more complex than what is measured by DiSC, some tools used by psychologists or recruiters get closer, such as NEO-PI or 16 PF, or Hogan. They are called Big 5 assessment because they measure 5 personality traits, subdivided in 6 facets each. Is it better to measure personality traits than surface behavior traits? No, it is not, it all depends on what you intended to do with your assessment and which outcome you are aiming for.

Myth: disc is not accurate

There are disc assessments that seem to be less accurate. Why? To make sure if your version of disc is accurate the best is to ask for validity research. Here is what we know: if you take the original disc assessment (personal profile system 6.1, a disc 24 item 4

words “most” and “least” statements) brought to the market in 1972, it had reliability scores rating from .36 (C most) to .79 (D most). That is poor and it explains why Wiley, in 1994 undertook extensive research, to revise, renorm and revalidate the instrument by correcting most of the assessment and adding four more questions.

The outcome of this research was the Personal Profile System 2800, which is more than two decades ago and since then, extensive research and validation has lead to computerized adaptive testing, and Everything DiSC assessments. The accuracy ratings are way better today as you can read in the latest research report.

Myth: disc has been around for long, no need for updates

The truth is, everything changes around us, and DiSC needs to follow the trend. Words used 40 years ago, do not have the same meaning anymore. The assessment techniques have evolved too. Everything DiSC uses 80 questions, with adaptive testing technology, that can determine if the answers given are statistically incoherent. When this occurs, more questions of different types are sent to the respondent in real time, in order to determine with more accuracy the personal preferences of the respondent.

In the early days of disc, Walter Clarke and John Cleaver used the “vector analysis tool”, which consisted in a set of cards that

would describe a person’s behavior, “as seen by herself and as seen by others”. William Moulton Marston also mentioned “natural and adapted behavior” in his writing. However, since John Cleaver designed the first 24 question assessment, there have been no specific questions measuring “adapted or natural” behavior. This was established by Wiley when they lead extensive research and by the British Society of Psychology around 1994. This does not mean that people do not adopt “natural” or “adapted” behavior, it just means that the 24 and subsequent disc assessment questionnaires are not designed to measure that specifically.

Myth: “you don’t need graph III, only using Graph I and II is more accurate” 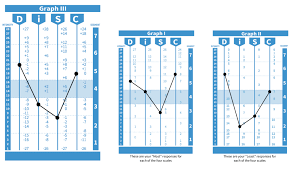 First, Wiley does not use Graph I, II and III anymore (they were used in DiSC Classic), since the new generation Everything DiSC intruments came to the market. Instead you will see a “circumplex”, which is a circular map, with 8 priorities around it. This “new” model goes all the way back to the origins of DiSC where it used to be drawn on a circle. So why the fuss about Graph I, II and III? Because some people claim Graph III is more accurate when others claim you should not consider Graph III, since using Graph I and II, “showing natural and adapted behavior” as some claim, is more effective.

Historically, Graph III is the result of adding up the scores of Graph I and Graph II.

Why was that done? Because the instrument (the 24 question forced-choice) was unprecise, and the research report written in 1996 proves that. By upgrading the questions and adding 4 new questions, Wiley strongly improved the accuracy of the instrument (called Personal Profile System 2800, and later on DiSC Classic II), which has been the DiSC profile of choice for decades.

As you can see there are some myths around disc (and our version DiSC): the various sales pitches reflect and try to accommodate that variety. There is one original DiSC instrument, which is research-validated. Wiley is the publisher with the largest number of research reports published in the disc-arena. Discover more about the DiSC assessments, facilitation kit, extended learning solutions and complementary reports.

How to survive and thrive in the great resignation

For the past four months, Wiley has been analyzing survey data from almost 5,000 working professionals to discuss the impact of The Great Resignation, a movement that  impacts almost every organization across the globe. As Wiley writes in the original version of this...

END_OF_DOCUMENT_TOKEN_TO_BE_REPLACED

There are as many cultures as there are oganisations. Each organisation has it's unique culture, and so does yours. How effective and strong that culture is, depends: either it was intentionally developed, with purpose, or it developed as a result of various habits....

END_OF_DOCUMENT_TOKEN_TO_BE_REPLACED

Here I am, sitting at home staring at the walls and trying to desperately call some of my customers, who are less than concentrated... Really? No, I'm joking, well, partly. Times are volatile, stressful to some extent and certainly uncharted for many.As you are well...

do you need help? 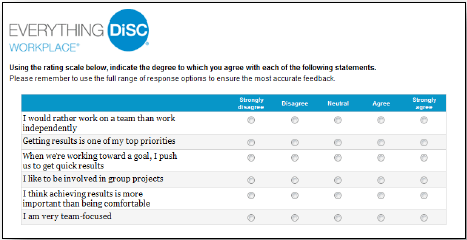 People often wonder what the DiSC questionnaire or survey looks like. Here are some examples. How it used to be : DiSC Profile questionnaires The questions from the DiSC Classic Assessment were quiet different from what you can see nowadays. There were 28 boxes...

END_OF_DOCUMENT_TOKEN_TO_BE_REPLACED 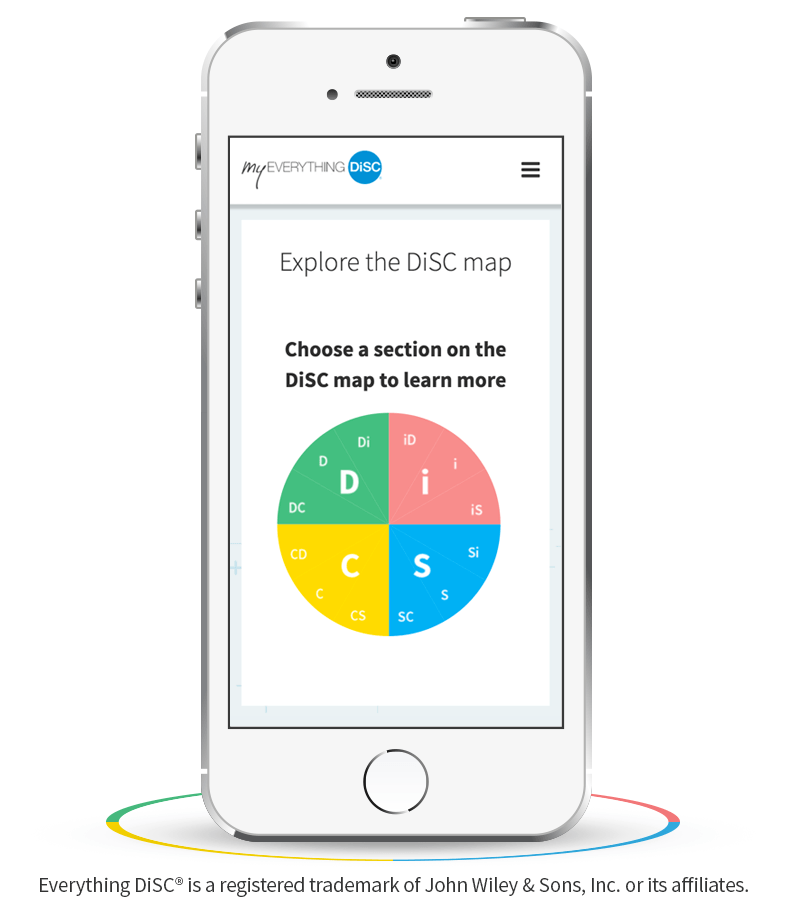 Computerised adaptive testing (CAT) has been introduced to the DiSC assessments. Many people might not even notice, but this responsive testing technique means greater accuracy and an even more personalized profile. DiSC testing: what is adaptive testing? This form of...

END_OF_DOCUMENT_TOKEN_TO_BE_REPLACED

DiSC Assessment: The Same as DISC ?